Skip to main content
POTD
The Golden Ratio
"The Divine Proportion is always similar to itself." - Pacioli tweet, ca. 1498

Have you ever thought about how weird your hand would look,if it were 50% larger or 50% smaller?

You probably thought, 'Ah, I'm just used to it this way.'  Actually not!  The length of your hand, compared to the length of your forearm, gives us the Fibonacci Number, also known as the Golden Ratio. In this image: 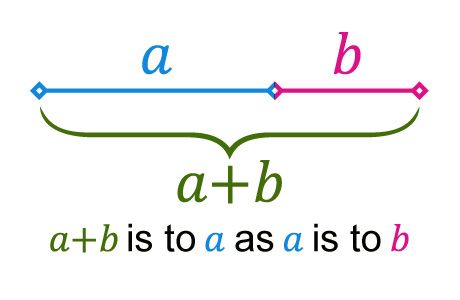 You can visualize this in either of two ways:

This creates a very pleasing sense of harmony and cooperation between A and B.  If B were any smaller it would be too "junior" to A, something of an afterthought.  But if it were any larger it would be "competing" with A.  And so your hand, if smaller, would seem insufficient, but if larger would seem to be imposing on you.  As it is, you don't think about your hands.

Well, you prob'ly wouldn't think about your hands anyway.  :- )  But you take our point.

So you might have been wondering why these structures looked so classic.  Don't: 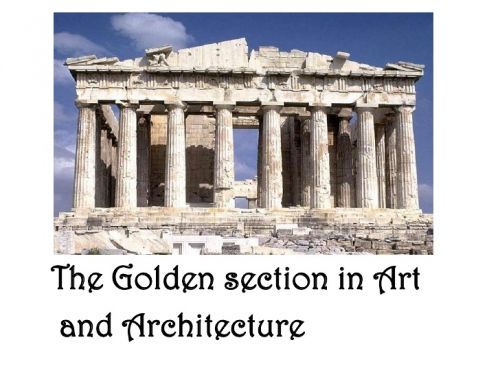 There are golden ratios here between length and height, between pillar and overall height, etc.  I think the credit card companies have caught on :- )

There are dozens of beautiful Golden Ratios in the human body.  Ah!, you say, but my facial ratio is not 1.618 like Da Vinci wanted.  It's 1.59 in some places and 1.63 in others.  Yes, and to the extent you differ from the 1.618 ratios, you are uglier than George Clooney. 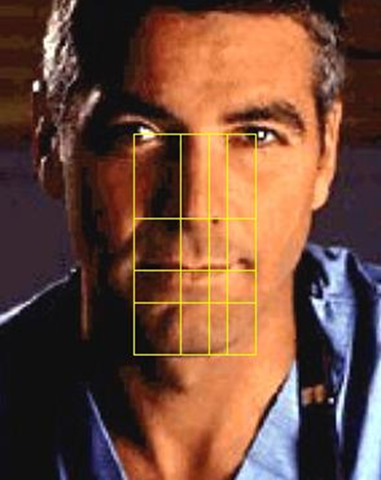 His head is a Golden Rectangle with eyes at the midpoint.  His ear openings are a Golden Ratio towards the back of his skull.  His mouth and nose are each Golden Sections vs. his eyes and chin.  Many such ratios appear -- in fact, you wonder if there is any facial feature that is not defined by "Phi."

The body is almost as ridiculously beautiful:

There are myriad Golden Ratios here, such as:

You start with the white line, and keep reducing in ratios of 1.618, and your first ten "yardsticks" can be laid across virtually any two symmetrical parts of the human body.

In astronomy, according to Dr. Livio:

Spinning black holes (called Kerr black holes, after the New Zealander physicist Roy Kerr) can exist in two states: one in which they heat up when they lose energy (negative specific heat), and one in which they cool down (positive specific heat). They can also transition from one state into the other, in the same way that water can freeze to form ice. Believe it or not, but the transition takes place when the square of the black hole mass (in the appropriate units) is precisely equal to ϕ times the square of its spin!

You can spend a pleasant day, thinking about and researching Golden Ratios in nature.  The definition of "beauty:"  That which is (1) visually* pretty and (2) delivers a sense of moral satisfaction.

Lime popsicles are pretty, but not beautiful.  Savants are morally satisfying, but not necessarily pretty.  The Golden Ratio usually delivers both.  "How do you survive?"  ... "By taking pleasure in great beauty." - nihilist James Bond

If you were wondering what circles have to do with Fibonacci?  It's remarkable that you can use circles in ratios of 1.618 to fill a rectangle -- in a "golden" spiral.  Shells in nature used this idea for their spirals.  Twitter used the idea for its logo.  Here's one bird perfectly joyful to be tweeting: 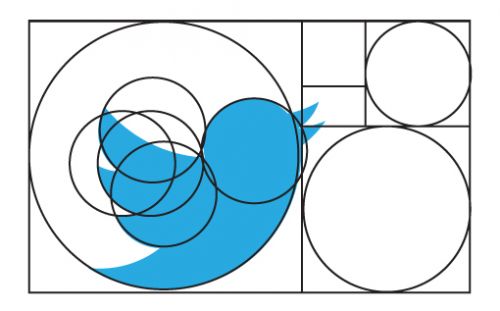 And would would deny that video games are anything less than beautiful? 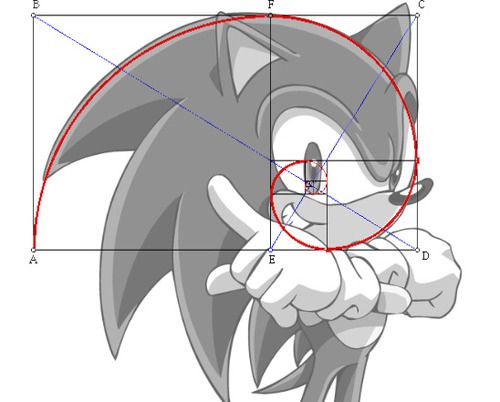 Which is what we like about Nelson Cruz' homers.  The flight of the ball forms a Golden Ratio against the left field fence. 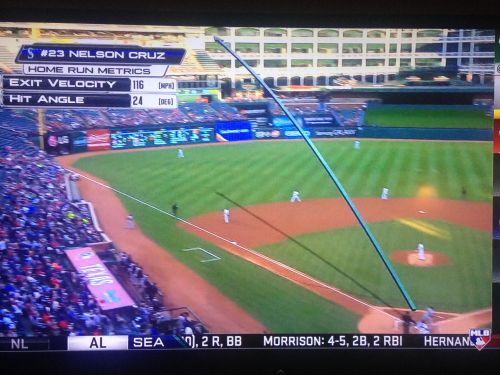 His swinging strikes, which have always been 12.5% like clockwork, are this year 8%.  His outside-zone swing rate is also WAY down.  I dunno what's going on, but for one month he has been Jimmie Foxx.  Not in slash line, but in the flesh.  Do you think it will continue?  Why would it?  Why wouldn't it?

Hurry up there K-Pax,

Awesome. Now let's get some guys on base ahead of the guy!

Its a growing plant.  An ammonite.  A Rennaissance masterpiece. A Boomstick splashdown!  Cruz is a natural phenomenon and jonrones are high art.  Sensed it but didn't know it.  To read mathematical proof makes my day!
This is some deep and confounding shtick.  The true meaning of baseball is in this post somewhere. I may have to re-read this matter tomorrow.