If you just joined us, Dr. D is redneck himself.  At least, he's got the honorary 8th-grade graduation.  He too hates putting his Mariners' blog down and getting himself presentable to the Wal-Mart greeter.  Yes, really.

"Big Six" broker Detecto -- clandestinely working out of his garage -- is still advising his investor constiuency to HOLD on Wade Miley.  He reasons that Miley has been inflicting Death By Rapid Fire Tennis Ball Machine with exactly the same serves for some years now.  Okay, a batter or four has guessed exactly right early.  Miley's ERA will come south of 5.00, he will avoid immolation, Jerry DiPoto will keep his job, Dr. D's investors will again rake in a huge pile of selig dollars, and Safeco ushers will protect you from jihad events.

:: scribbles idly on yellow pad while taking frenzied call from investor in Shout Box ::  Yes, right.  Uh-huh.  Miley's OOZ% and deception are way UP.  pause  Yep.  uh-huh.  His swinging strike percentage, too.  :: nods ::  Yes, those are our two leading indicators for "stuff" trends.  Okay then.  Stay warm up there.

If you're looking to shamelessly exploit the 14-year-olds in your roto league, his Wade Miley draft pick is the place to start.  Dollars to donuts he'll give you Miley for Leonys Martin.

It was interesting this last week to hear Servais and Stottlemyre speak in terms of the career transition that Felix is going through.  Currently.  ... it wasn't absolutely clear to Dr. D that baseball people were hip to this concept, any more than it's clear to him that they're all clear on defensive shifts or fastballs being overrated.  But you know that little sensation you get when somebody's staring at you and you can't quite catch them out of the corner of your eye?  Dr. D has gotten that impression several times, that Jerry DiPoto's Baseball Wisdom is looking at him.  Through the one-way mirror in this hotel room, maybe...

"Career transitions," if you just joined us, is a polite term for "Can't throw the ball by anyone any more."  But it also implies that the pitcher might reinvent himself very effectively.  It's a funny thing; pitching coaches spend their entire lives preaching to Gil Meche and Taijuan Walker that it's about location, not velocity ... and then when a big league pitcher loses his fastball, they grab him by wrists and ankles and heave him overboard.

"SP Transition" is a general sabermetric theme that was first Abstracted in reference to, we believe, Bill Gullickson... or was it Greg Swindell?  Chris Bosio?  Somebody who won 18 games right after losing his fastball and gaining his wits about him.

Career transitions are not in-and-of-themselves anything to fear.  Hisashi Iwakuma went through it right after that 812-pitch weekend tournament in high school.  In Felix' case it is likely to be quite profitable.  His offspeed stuff has always been better than his fastball; the more dry spitters and Sele curves, the more fun he is to watch.

DiPoto's made One Big Move, right after he determined that a Magic 8-Ball (Montgomery, Peralta, Nuno, Cishek) wasn't good enough. Going into Sunday, Vincent was leading the ballclub in out-of-zone swing percentage with a 40% figure that would make Jacob DeGrom feel like a Menace 2 Society class immoral thug.

Improbably, Vincent also led the club in swings and misses.  ImPOSSibly, he did this while throwing 83% first strikes.

But there was good news Sunday for pesky rodent Angel righties.  His stats "regressed to the mean" when he threw five perfect outs of which only 2 were K's.  The Astros will review the video, draw up a sensible game plan, deploy as many lefties as possible, and then safely blow him away from the on-deck circle with 10-gauge buckshot.

though I'm quite ashamed to admit I don't know what a Dollar Palace is.  I wear my tube top to Tar-zhay

Tube tops required had me laughing out loud.

What is the Big Six? 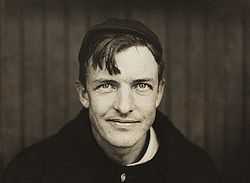 Kangaskhan is one of my faves

but didn't you tell me that its use is only minimally less slimy than that of four Miltanks?... and I've heard of Xerneas, but the other four go by me like a Taijuan ladder pitch.  Game must have evolved in two years.

That was a *fun* comment Counselor.  But I'll bite.  Why is Christy = Big Six?

I'm with ya Doc on Miley

For those who did not see Sunday's game... Miley struggled to get the 3rd out of the game. Shook a bit in innings 2 through 4, and then CRUISED into the 7th.

The man was on auto pilot... every bit of Maddox or Moyer or any other ACE you have ever seen CRUISE. It seemed like Miley could throw any one of his 8 pitches, and had it called a strike. The Angles were defensively swinging and happy to make contact in those middle innings... and i thought we were told Miley would have a tough time going through an order the third time. Not on Sunday.

Sunday's pitcher will not have an ERA over 4 for the year.

Tyler Lockettish first down there Rain.

Matthewson was named "The Big Six" after a privatized New York Fire Department of the same name.  The Big Six Fire Department was "The fastest to put out the fire".  Or so the legend goes.  This is the opposite nickname of LAAAAAAAA's infamous "Arson Squad" of 2014.

F.Y.I., in rated videogame play, Smeargle is the filthiest pokemon of them all, for its ability to learn any move in the game, including the infamous "dark void", "fakeout", "transform", "follow me" and "wide guard" moves, all of which unfairly steal turns from your team and allow the rest of the Smeargle team to set up favorable field conditions, weather, and status boosts for the sweep.  There is no way to prepare for Smeargle because you are never sure what moves it has until it is too late.  In rated battles, stuff like this is standard, but not polite for a friendly match.  As a turn based strategy game, Pokemon plays more like poker and less like chess, because there is a great variability in what moves and training each pokemon has, so the game mostly consists of bluffs and ambushes.  It is a very complicated game.  It takes about two years to figure out which player gets to move first.