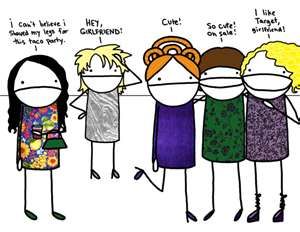 Got my prrrrecious in the mail today.  First up:  find those Mariner players that HQ likes more than Seattle fans do.

Highest on the list of HQ raves:  Michael Pineda.  Well, it woulda been pretty much impossible for HQ to wax more ecstatic than SSI, probably.  But we can tell ya this:  HQ likes Pineda a whale of a lot more than the "Shed Pineda Before It's Too Late" bloggers do.

HQ gives Pineda as the #9 roto SP draftee in 2012, American League, giving the Mariners by far the best 1-2 starting pitcher combo outside of Los Angeles.

They run a blizzard of component stats, with the key "BPX" (peripherals grade indexed to 100) being 150.  Their verbal comment:

"What 2nd-half slump?  ERA spike came not from 'fatigue,' but from an unlikely-to-repeat 58% strand rate.

"In fact, skills were even better in the 2nd half -- BPV, xERA tell the real story.

"And he did it all at age 22, in his first big league season.  With health, this is a Cy Young winner in the making.

"For now, IP limits impose a ceiling on his (roto) value."

But I'll frankly admit that I didn't remember Pineda's peripherals being superior in the second half.  Here, this is what Ron is referring to:

xERA is better, because Pineda threw ground balls in the second half, and xERA assumes that if the ball is hit on the ground, then it's not going over the fence.

Dr. D does remember Pineda's velo being down, early, in four or five starts.  How much?  Not much.  Here is his average velo by start, in chart form, rat cheer.

In the cold light of the winter candle, Pineda's velocity didn't do anything unusual for a 22-year-old who got real excited and hucked the stuffing out of the ball in April and May.  It looked shocking at the time, like watching Randy Johnson throw an 89 fastball, but Pineda always got back up into the 94-97 range.

Had not noticed that Pineda's strand rate had been a measly 58% in the second half.  (There was only one pitcher in the majors with a strand rate less than 65% last year, that being Carmona at 62%.)

I doubt that Pineda's RP's let him down -- Wedge tended to let Pineda go six, and then pulled him at the end of the inning.

About 25% of the strand rate can be tagged to the home runs, and about 75% of it to simple bad luck.

It's a funny thing.  :- )  We tried to wean ourselves off of ERA, about twenty-five years ago.  We never did, did we?  A guy runs a 5.00 ERA and all the rest is a baloney dump.  You're making excuses for a lousy pitcher.

We doth protest too much, that we don't care about ERA at all.  Actually, on the subconscious level, it's all we care about.  Do you remember this article?  March 16, 2011, Pineda pitched great but gave up runs.  Runs are ERA, cap'n.

Naaaaaah.  SSI would suspect that there were more grounders because Pineda, laboring with a dead arm, went with located (knee-high, or outside) fastballs in Felix style.  (The sliders are naturally topped if anybody ever makes contact.)

With the semi-dead arm, Pineda kinda pitched more, and got more grounders.  I wouldn't call that improvement.  That's not flying, Buzz, it's falling with style.

Pineda will of course come back to camp with his 98 mph locked and re-loaded.  Maybe it will be 100 mph this time.  He's growing physically.

First half, with the live arm, Pineda goes back up in the zone again, the groundballs go down again, and Pineda cements himself (in skeptics' minds) as one of the superstars of the game.

The question arrives as the season goes on, whether Pineda can pace himself well enough to stay strong for 180+ IP.  I couldn't tell you how to pace yourself through a major league season.

But Michael Pineda is -- b'lee DIS, bro' -- unusually intelligent on the mound.  He was beating lineups the 2nd and 3rd time through.  He was taking as much of the plate as he intelligently could, fanning 9 guys while walking only three.  He was canny enough to ditch his changeup and work with a 2-pitch attack.  His pitch sequences were genius at times -- I certainly could never tell what was coming next.  Hitters did not catch up to him in their 10th plate appearances.

Just because a guy looks like he could rip one of your limbs off does not mean he isn't smart.  If Michael Pineda looked like Jamie Moyer or Greg Maddux, I'm sure he'd have drawn raves for the way he outsmarted AL hitters in his rookie season.

Hopefully Pineda can apply his impressive baseball IQ to the question of throwing 96 mph all year, rather than 98 early and 93 late.

As for the "Shed Pineda While You Still Can" movement in Seattle, c'mon.  There's a party going on.  Grab a dixie cup fulla fruit punch and relax.  There are a lot of years between Michael Pinedas.

I do remember thinking that

I do remember thinking that he seemed unusually intelligent and mature for his age.  Bill James would be pleased.

We're used to the last ultra-young pitcher throwing fits when he got bombed on.
Oh, yeah. That was Felix Hernandez.
I wouldn't necessarily say Pineda is unusually intelligent or mature. I think the better word is poise. He goes to the mound. He does his job. He rips them apart. He sits back down.
But that only says good things about when he DOES get intelligent and mature.

My favorite thing about Pineda

Is that he's not expecially hard on himself when things go badly.  He goes up smiling and throwing missiles up there, and if somehow he has a bad day he has a short memory about it.
Pineda's game works.  He doesn't get confused about that when, on a micro level, it doesn't work as well THAT day.  He just goes out and executes it the next time, hopefully in a better way.
I'm with Ice, that's not intelligence, it's poise.  Poise is knowing that you stay the course and don't out-think yourself.  If you only have a 90 MPH fastball that day then you switch to Attack Plan B and continue on.
Pineda seems blissfully free of second-guessing and doubts.  He just plays a children's game with the enthusiasm and energy of a child and lets his talent take care of the rest.
When he decides to dissect opposing lineups later in his career, if he still has this arm - then guys can start crying, because yes, Pinedas don't come around every year.
Even if we think we have a few of em in the system right now...
~G

By intelligent I mean not

By intelligent I mean not throwing challenge FBs over the plate to the wrong people at the wrong time, like Felix did for three years.

I remember (of course I can't find it NOW when it would be useful) hearing and reading a couple of times during the season that Pineda was tinkering with starting the game on very limited warm-ups. That explained why he would start at 90-93 and bump up to 95-97 a couple innings in when he warmed up. Perhaps that was an attempt to throw as many useful innings as possible?

http://www.lookoutlanding.com/2011/7/30/2306522/michael-pineda-rays-mari...
This Lookout Landing piece references the fact that his starting the game slow was a deltiberate tactic.

If a pitcher were intelligent, how would you know?

I suggested five things in the article.
By what criteria are we calling Pineda intelligent, or not?  :- )
...............
Certainly he doesn't yet have knowledge of the hitters.  As you know, past info download is not the same thing as intelligence.  A college frosh might be even more intelligent than Dr. G, but hasn't yet taken the classes.
Had Pineda pitched an intelligent rookie season, or not, how would we know?

That's the first I ever saw about that

Makes me wonder where Jeffy got his "then we learned that it was deliberate" info.  I musta missed it.
That would make a lot of sense.

Subjectively, it seems to me

Subjectively, it seems to me that he relies on more than just his (excellent) stuff. Maybe his superior command and velocity only makes it appear that he's pitching smart, but he sure seems sharp to me (he also seems willing to be flexible, try new approaches, take instruction, adapt quickly, etc) especially for someone who doesn't speak English as a first language. Of course, located 98 mph heat works in any language. *laughs*

Seaver and Marichal and Jenkins, oh my!

OK.  So Felix might not be Seaver....but he's in the neighborhood if he isn't.
Does that make Pineda a Marichal or Fergie Jenkins?
And somebody wants to move that because he gave up some  rockets in the 2nd half of his freshman season?
That, I don't get.
Merry Christmas
moe